Hanit and Nadav Pilnick were a rather regular couple. He worked in hi-tech, and she worked in a clinic as a naturopath. But when they became parents eight years ago, a real revolution took place in the couple’s life. It led Hanit to develop the Completion and Correction Healing method, which sees the role of parents as healers of their children and to give anything a chance because it’s always possible to make a major change. After the birth of her first child, Yonatan, Hanit took a year-long maternity leave. However, she suffered a great deal of anxiety and frustration from being alone in the house.

“Even as a baby, Yonatan seemed to be ‘absorbing’ me. He was being totally influenced by me,” says Hanit. “If I was irritable, he would be too. I saw that I influenced his physical, mental and emotional balance. If I was out of balance, he would be out of balance. I decided to heal myself so he wouldn’t suffer. Yonatan gave me a gift – to take the pain out of the lives of babies and children.” After her year of maternity leave, Hanit returned to the clinic and focused on treating pregnant women, babies, and children. She understood that parents had A parent who heals himself undergoes a purification process and takes an active role in his child’s healing process. This is according to Hanit Pilnick, who turned her dream of helping to ease the pain in children’s lives into a therapeutic method, which she teaches around the world By Tali Herdevall to take part in the healing process. Not long after that, she gave birth to her daughter Na’ama and went through another deep self-development process.

What did you discover about yourself?

“I held onto the connection between being pregnant and the life of the child that was about to be born, and I discovered that I was able to see inside a person, to discover the source of his pain and remove it. Everyone has ‘gas’ that expands inside him, that infiltrates and permeates his children, and the parent can release his child from pain. With time, this became a formula. To heal a child physically or emotionally, you have to treat the mother first. Na’ama gave me a second gift. I understood that a parent who heals and cleanses himself takes part in the healing process of his child, prevents pain, alleviates his pain and even heals him.” During the development of this method, Hanit gave birth to a third child, David, who gave her yet another gift – understanding that there is no situation in life that can’t be changed, including a situation of suffering, and that miracles can always happen.

How do you actually effect change?

“Energy passes to the child without words or actions, through the adult who transfers it. To teach the method and to enable parents to take part in the healing process, I wrote my book The Gift, and I teach a course called ‘Getting out of the Bubble’ -- 35 hours in which I train parents to be healers. People come with a lot of anxiety - - grandmothers and grandfathers, pregnant women, singles who want to find their way, caregivers who are looking for additional tools. Whoever goes through the course receives tools for life. Hundreds of people have gone through this program, and they heal their children. I’m excited that I’m able to pass this on and that the knowledge won’t just stay with me.”

Was there another change that took place with the birth of David? 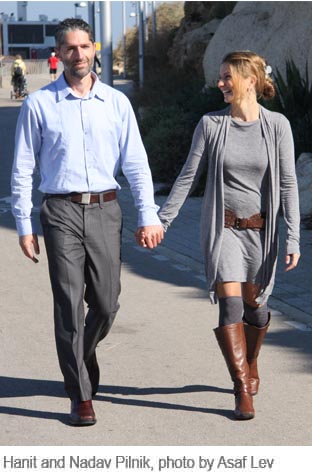 “Yes. I understood that we needed to move to the US and disseminate the method there. Three years ago, Nadav left hi-tech and joined in my vision. He manages the business, and together we’re changing the dream into a reality. We’re disseminating the method abroad. Once or twice a year we come to Israel to run courses, workshops and events pro bono.”

“Hanit does practical things and speaks to everyone, says Nadav. “It’s important to understand our responsibility to the environment. From the book, one can learn to be a healing parent. We haven’t come only to run workshops, but we want it to stay with the participants. We have put our baggage behind us, and we’re undergoing cleansing processes,” he says.

“The healing that I teach works on love, intention, a clean awareness, energy and the cleansing of intentions, thoughts and deeds, says Hanit. “I want to pass this on to as many people as possible, and I believe that it will change humanity.” 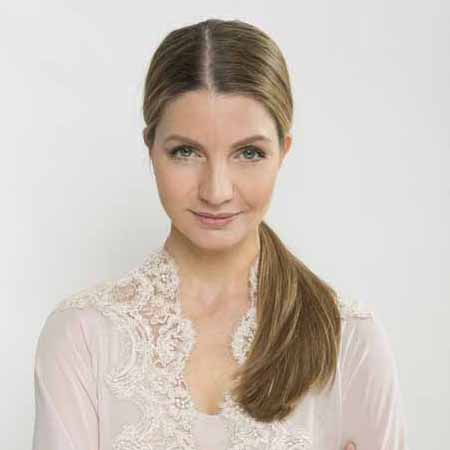 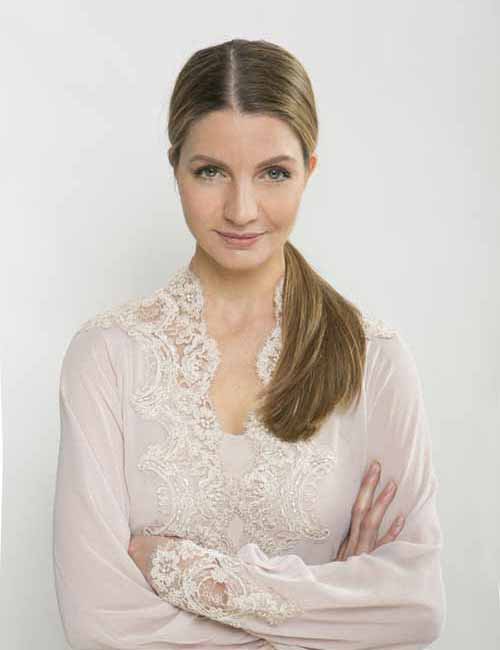